What Is PASPA? - Professional & Amateur Sports Protection Act Of 1992

One of the most important pieces of legislation that sports bettors in the United States should be aware of is the Professional and Amateur Sports Protection Act (PASPA). This law was passed back in 1992, but its guiding principles still play a role into what constitutes legal act of wagering on sports in the U.S. today, at least for now.

PASPA bans all but a few states from allowing legalized forms of sports betting in the United States. Despite the fact that betting on sports is a multi-billion dollar industry, state-regulated sportsbooks are few and far between because of this legislation.

Does PASPA Prevent Me From Betting On Super Bowl LIV? 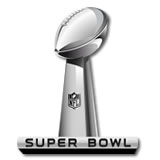 Generally speaking, the prohibitions placed on sports betting by the Professional and Amateur Sports Protection Act of 1992 (PASPA) do not – as we have already explained at length - have much of an impact on an individual’s decision to bet on sporting events. Firstly, NFL fans’ constant worry (“does PASPA prevent me from betting on the Super Bowl?”) is ultimately of little consequence, as PASPA was not designed to target individual or casual bettors but rather to limit access to domestic sports betting operators. As such, PASPA – a federal law - cannot stop betting shops in other countries from offering Super Bowl betting odds to US players, and many, including Bovada, BetOnline, SportsBetting, 5Dimes and BetDSI to name just a few, do just that and they do so with 100 percent legality.

The key to those sites being able to offer legal Super Bowl betting options for American bettors is the fact that they are based overseas, outside the reach of federal and even state laws prohibitions against sports wagering. Nevertheless, all the sites we recommend for our readers interested in legally betting on Super Bowl 54 are fully licensed and regulated by the gaming authorities in their home nations, giving their account holders a “best of both worlds” advantage. In summation, NFL fans in the US should have the utmost confidence in safely and legally placing bets on Super Bowl LII so long as they use a reputable online sportsbook like one of (or all of) the sites we suggest.

What PASPA did was essentially ban sports betting across the country, with a few exceptions. There was language within the law that allowed for states that had a ten year history with licensed gaming to apply for an exemption to this law. There were requirements that needed to be met however. The history with licensed gaming had to go back at least 10 years. Furthermore, states that met this stipulation had only one year to apply to be grandfathered in under the legislation.

When it was all said and done, just a handful of states elected to go through with the immunity process. These states were Nevada, Montana, Oregon, and Delaware.

Nevada is the most recognized choice, because of the fact that the state is home to all of the Las Vegas sportsbooks, where millions and millions of people place legal wagers on sports annually.

As far as the other three states are concerned, it's more low key. Though when it comes to Delaware, they are one of the states typically leading the way for legalized sports betting. The state has been quite outspoken about their position.

Oregon and Montana have not done much with their ability to have legalized sports wagering.

On the whole, PASPA has probably not had the effect that Congress had intended when the bill was passed in terms of where we stand today, more than two decades later. For one, betting on sports is a popular as it has ever been in history. This is largely due to the influx and availability of betting odds over the Internet. There are a great number of online sportsbooks where players from the United States are able to create accounts, and place legal bets on sports all across the U.S.

Even in politics, things like the NCAA tournament brackets are recognized. The President of the United States fills out his annual bracket every year. It is a special on ESPN! And there might not be a more widely bet-on tournament in the world than the NCAA Men's Basketball tournament.

The original intent of PASPA was to limit the availability of sports betting to gamblers. But this law was also created before the Internet age. And with a computer in every home, and Internet access even on mobile devices, the opposite is now true. Now, more than ever, bettors have the potential to access sports odds from anywhere they are anywhere in the world, thanks to these online sportsbooks.

In that sense, PASPA might seem a bit obsolete, which is reason for some on Capitol Hill, and advocates of legalized sports betting, are trying to get this legislation repealed. Though unsuccessful thus far, there is certainly some merit to the argument. The fact of the matter is that PASPA no longer seems to limit exposure to sports odds and bets for those in the U.S. For PASPA to remain effective, there will need to be some modifications that take place.