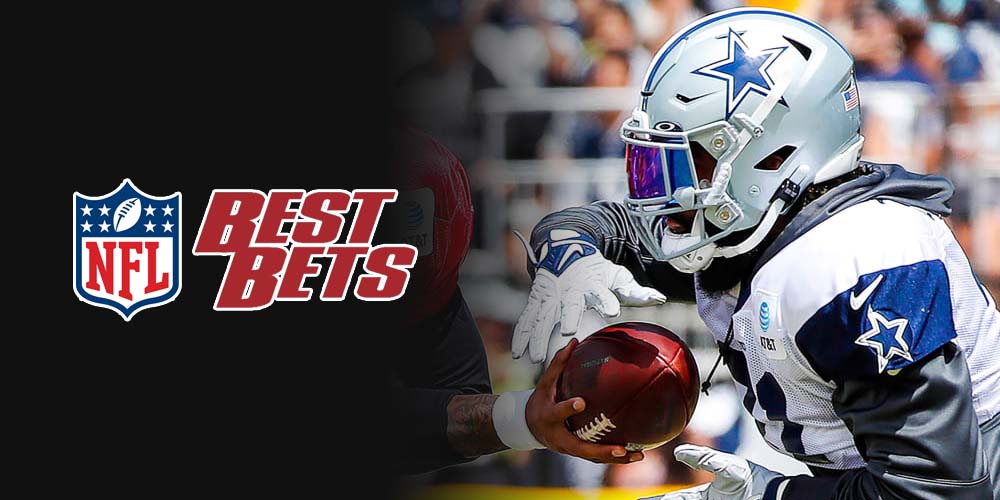 LAS VEGAS – After what seems like forever, the NFL season is just 17 days from opening day of the regular season. To celebrate, these are 17 bets worth taking prior to the start of the season.

The Tennessee Titans had the second-best offense in the NFL in terms of yards per game, and now they’ve added Julio Jones. Plus, they’re in a division with the Houston Texans and Jacksonville Jaguars which could make for four easy wins.

Micah Parsons is a linebacker for the Dallas Cowboys and will have a ton of attention on him. If he succeeds for “America’s team” the narrative alone might drive him to the podium to accept the award. Parsons is the favorite, and likely for a reason.

The Buffalo Bills are the only team in the AFC East with an established quarterback. The other teams are expected to improve this season, but as one of the best teams in the NFL, Buffalo losing the division would be a major surprise.

Even if the Dallas Cowboys aren’t as good as they’re expected to be, the NFC East is such a bad division that the Cowboys could win it anyways. Online sportsbooks may be offering a steal of a price in this spot.

Christian McCaffrey was riddled by injuries in the 2020 season and as the franchise star the team will likely play a bit more cautious with him this season. The team did draft Chuba Hubbard for a reason.

Keenan Allen has had 100+ receptions in three of the last four years with the only season under 100 being 2018 where he caught 97 passes. If he can catch 100 balls from a rookie QB, the output should improve in their second year together, especially with an extra game on the schedule.

Saquon Barkley is currently battling an injury, but sportsbooks such as Bovada are offering the odds with an easy way out. The bet says Barkley must play Week 1 for the bet to have action. Either Barkley is healthy and ready to roll, or your money gets refunded.

As the favorite to win Comeback Player of the Year, Dak Prescott is in the perfect position to do so. Similar to Micah Parsons, the added attention of being a Dallas Cowboy could help him win the award. The competition is tough, but this seems like Prescott’s award to lose.

Mike Davis compiled 1,016 total yards in 2020 while starting just 12 games for the Carolina Panthers. His receiving ability makes him a perfect fit for the Atlanta Falcons pass-heavy offense and is why he should be able to hit this total easily barring an injury.

The odds suggest the Denver Broncos are the second-best team in the division but have the most unstable quarterback room, worst running backs and a regressing defense. The Las Vegas Raiders could very well compete for the last spot, but even they may be a better team than Denver.

In his rookie season, Chase Young tallied 7.5 sacks. With another off-season under his belt, it would honestly be disappointing if he didn’t record at least one more sack than his rookie campaign.

The New England Patriots were just a fumble and missed field goal away from potentially being in the playoffs last season, but with Cam Newton expected to be the starter for at least the beginning of the season, their fate could already be sealed.

Yes, the Pittsburgh Steelers ended the 2020 season on a rough note, but this team was also universally considered the best team in the NFL for almost two-thirds of the regular season. This team could very easily make the playoffs in 2021.

Either Jimmy Garoppolo plays the season with the added pressure of Trey Lance breathing down his neck, or the San Francisco 49ers send a rookie quarterback onto the field. Either way, 10.5 wins seems like a lofty goal for this team.

Sure, the odds don’t give much of a reward, but Tim Tebow will not be on a roster for the first week of the NFL season. Not many things are sure in life, but this is one of them. Take the 1% return if you can afford it.

Vic Fangio has a 12-20 record as a head coach and things don’t seem to be getting much better for him. He has no answer at quarterback and was even forced to play an undrafted wide receiver at QB last year. Plus, the league is filled with veteran coaches and guys in the first year or two, leaving a short list of coaches on the chopping block.